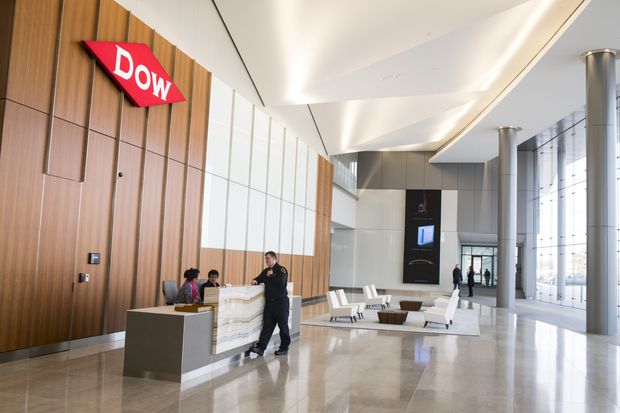 On Tuesday, Dow Inc. will begin trading on the New York Stock Exchange.

Now, there is Dow again, though the latest version of the chemical company isn’t quite the same.

On Tuesday, Dow Inc. will begin trading on the New York Stock Exchange, after completing its spinoff from conglomerate DowDuPont Inc. on Monday.

DowDuPont begins its unraveling with the spinoff of Dow Inc. on Monday. In June, Corteva Agriscience will break off, leaving a new DuPont.

Less than two years after

and DuPont Co. shook up the chemical industry with a blockbuster merger valued at more than $120 billion, the combined company is in the process of breaking into three.

Corteva Agriscience is expected to become a separate company in June and will focus on pesticides and other agricultural products. DuPont will also spin out in June as a specialty chemicals company.

The new Dow, as it is being branded, is a more focused version of its predecessor. It will be entirely focused on material sciences, like plastics and silicones, and is expected to generate more than $9 billion in earnings this year, before interest, taxes, depreciation and amortization.

“The story is a focused portfolio that will create value for shareholders,” Jim Fitterling, who is now Dow’s chief executive, said in a February interview.

From the outset at the time of their 2015 merger announcement, DowDuPont executives pitched the union as a way to bring together respective strengths ranging from farm pesticides to silicone and bulletproof fibers.

But the combined company’s shares have lost around 20% of their value since the deal closed in 2017. Some activist investors contested the breakup strategy, arguing that the split of businesses as originally proposed wouldn’t create the most competitive spinoffs. DowDuPont revised the plan in 2017.

What You Can Do About…

Biden Could Use National Guard…

What Happened When United Stopped…

Stock Futures Fall Ahead of…