SYDNEY—It is an exclusive airspace where spy planes roam, beyond the reach of weather and commercial passenger jets.

Now, the stratosphere is a frontier for competition between aviation and technology giants that say highflying, solar-powered drones could offer advantages over conventional satellites, including lower costs, easier maneuverability and quicker deployments.

are developing stratospheric drones, which could fly unaided for months and take pictures or beam down internet services some 60,000 feet or more to the ground. They are betting the technology could create markets with military or commercial customers.

It hasn’t been an easy start. A March flight of the Zephyr S drone from Airbus, which is using an airfield in northern Australia as its first stratospheric port, was cut short after the drone encountered bad weather as it ascended through lower parts of the atmosphere. The aircraft, which resembles a glider, was destroyed, a spokesman for Australia’s aviation regulator said. Airbus plans another test flight for later this year.

Which company do you think is best equipped to dominate the stratosphere: Airbus or Boeing? Why? Join the conversation below.

One challenge is designing a drone that is lightweight, but has relatively long wings, so that it can generate sufficient lift while flying slowly in the thin stratospheric air. Regulators must also be convinced the aircraft are safe before possibly hundreds take to the skies. Some researchers expect a new generation of affordable, smaller satellites will offer similar services to stratospheric drones.

senior lecturer in aerospace engineering and aviation at RMIT University in Melbourne, Australia. “The more delicate structure of the aircraft is an issue” in the lower atmosphere, he said, where turbulent weather can be a hazard.

Still, research firm NSR said in a report last year that high-altitude aircraft, including stratospheric drones, balloons and airships, could bring in $1.7 billion in revenue over the next decade, and estimated there were about 40 development programs under way. It said current efforts are better funded than previous attempts to commercialize stratospheric aircraft, dating to at least the 1990s.

“We do think of it as having a future,” said

an analyst at NSR.

Drones are likely to complement existing satellite networks. They could be used as relays between satellites and ground stations to improve data transfer, reducing the infrastructure needed on the ground and in space, according to the European Space Agency, which has studied the technology.

who manages Airbus’s Zephyr program, said the company is focused on improving operational procedures after the March flight, not modifying the aircraft’s design. The current model’s first test flight, last year in Arizona, lasted nearly 26 days. The drone has a wingspan of 80 feet, weighs about 165 pounds, and flies autonomously using solar-powered propellers to as high as 75,000 feet.

The current model is hand-launched by a team of about four people, and it takes roughly eight hours to reach the stratosphere, though Airbus is working on a mechanical launcher. It can travel 1,100 miles a day and charges its batteries while there is sunlight, so it has power to stay aloft at night.

In theory, if the aircraft were to lose power in flight, it would take about 90 minutes to descend from the stratosphere, and would come down “very much like a feather,”

head of design for Zephyr, said in an interview before the Australia test flight. There is no substantial center of mass to do serious damage if it were to hit an object, he said.

Airbus says its solar-powered drone can stay aloft in the stratosphere for months. 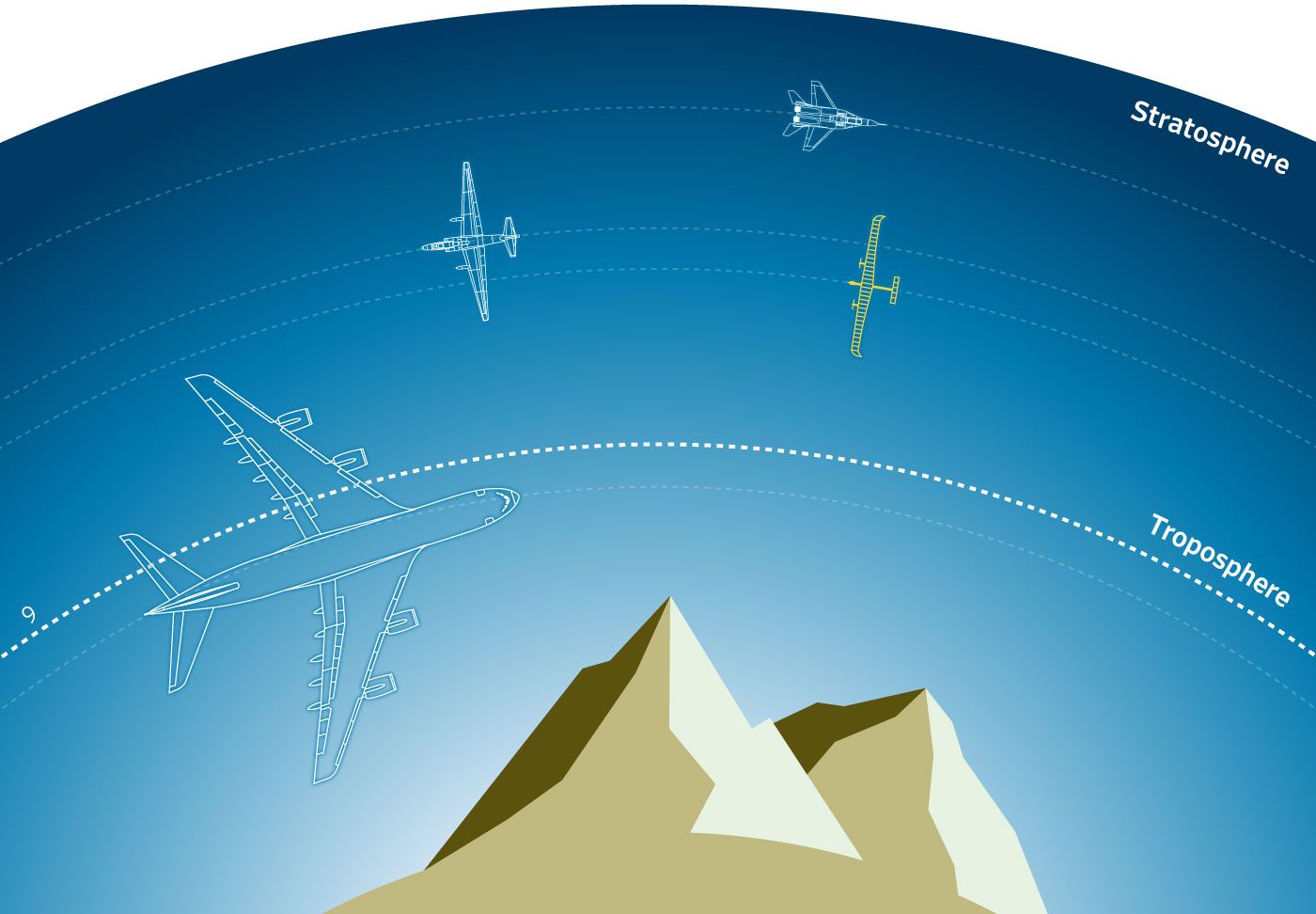 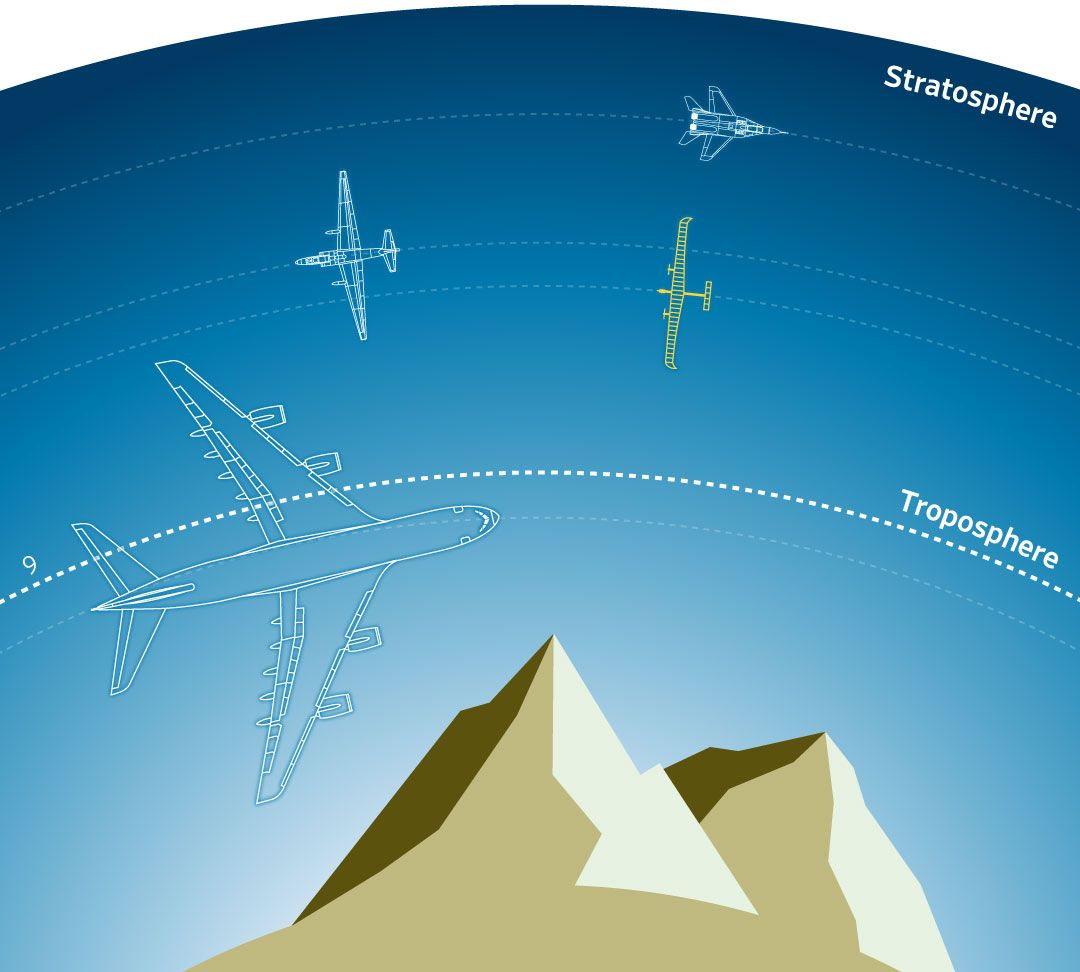 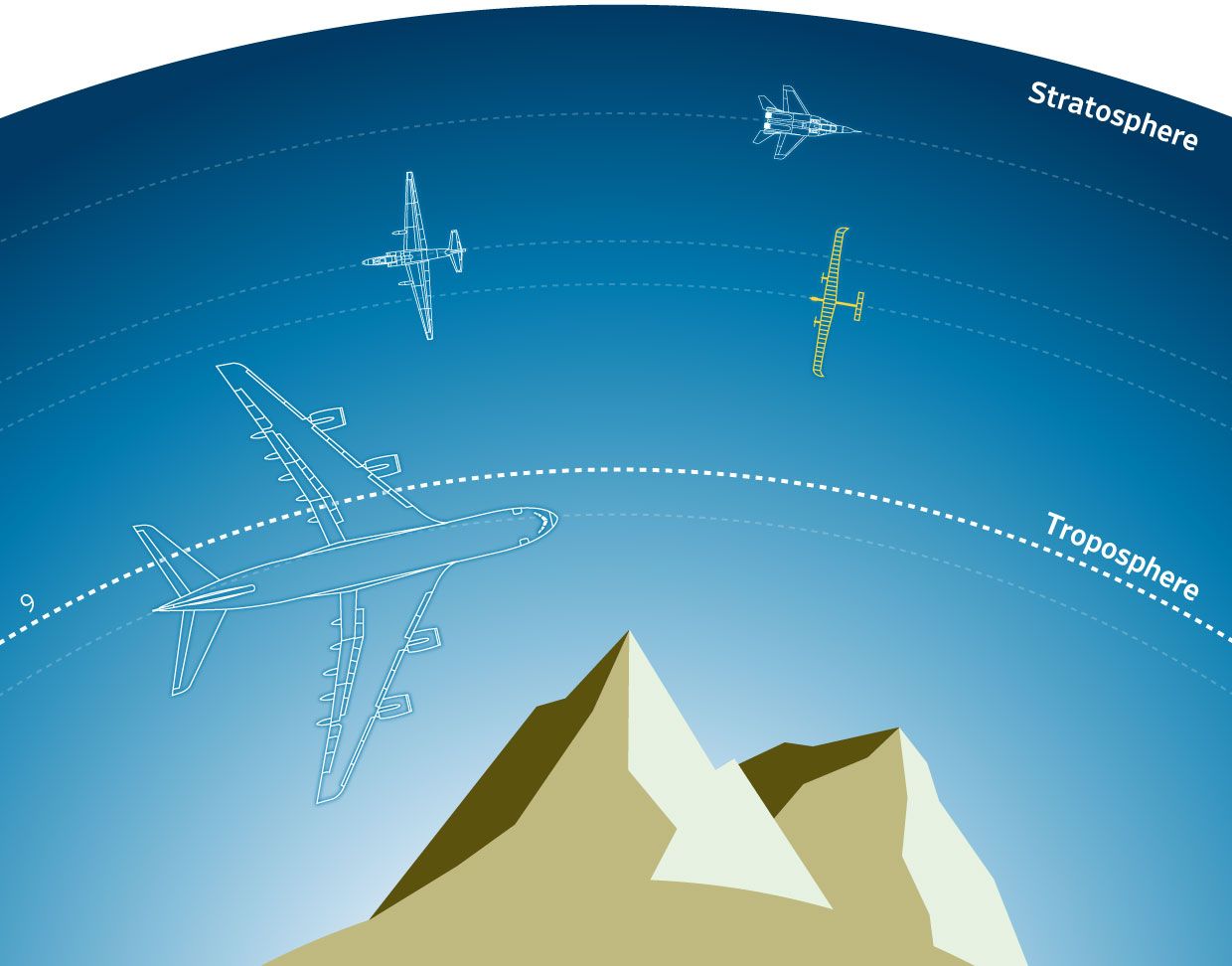 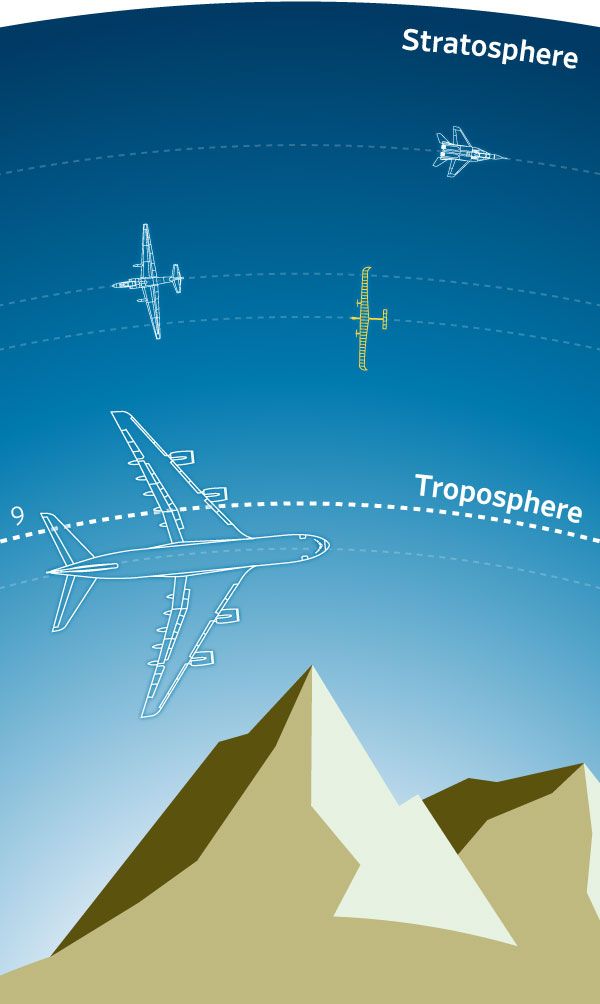 “It’s probably like being struck by a pigeon,” he said. “In rugby, humans are colliding into each other with many times the kinetic energy of Zephyr.”

Some attempts to develop stratospheric drones haven’t panned out.

completed two successful full-scale test flights of its Aquila aircraft, which resembled an ultrathin stealth bomber. But it ended the program last year, citing investments by aerospace companies into similar aircraft. At the time, Facebook said it would work with others, including Airbus, on the technology.

Aurora Flight Sciences, the Boeing subsidiary, planned the maiden flight for its Odysseus aircraft in the spring. A spokeswoman declined to say whether the flight occurred, but said it is an “active program.”

Others are forging ahead. SoftBank subsidiary HAPSMobile said this month it received approval from federal regulators to fly its HAWK 30 drone in the stratosphere above the Hawaiian island of Lanai. The company hopes to conduct inaugural test flights of the drone, which has a roughly 250-foot wingspan, can fly nearly 70 miles an hour and has 10 propellers, before the end of March.

HAPSMobile, which says it is collaborating with Facebook, is hedging its bets: It recently invested $125 million in Loon, the

Write to Mike Cherney at mike.cherney@wsj.com